Some of our research highlights are as follows:

We are interested in catalytic arylations using organoboron reagents or arylhalides. We have successfully used activated imines and aldehydes with various metal-catalysts (both inter- and intra-molecularly), like, Rh, Pd and Ru. 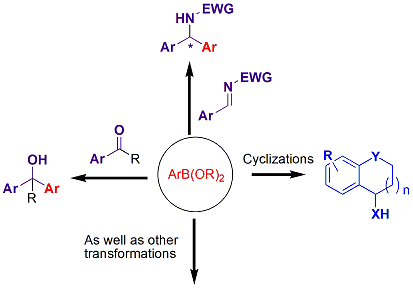 Some recent papers on this work include:

When catalysis is coupled with MCRs or used in sequential pathways one possesses a very powerful method for accessing important target compounds in an efficient sustainable way.  Here are some recent highlights from our group. 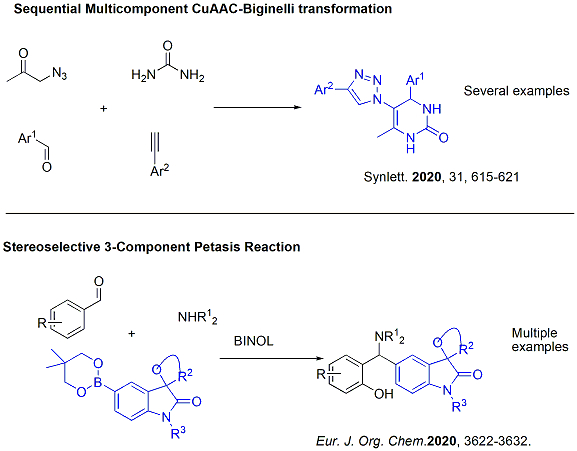 We have developed a series of cinchona-based chiral catalysts that have shown much potential in a number of reactions like the aldol condensation and the ketimine hydrosilylation reaction.  . We are still actively working in this area. 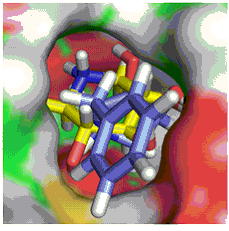 Recently, and in concert with our asymmetric catalysis program, we are targeting large libraries of chiral cyclic compounds for treatment of neurodegenerative diseases like; Alzheimer’s and Parkinson’s. Some of our most promising hit compounds are the following:

In collaboration with Raquel Garcia and her team at MED research center at the University of Evora, we interested in the design and synthesis of novel MIPs (Molecularly Imprinted Polymers) for pesticide determination in olive oil samples. We are investigating various cutting-edge polymerization methods.

In collaboration with Maria Cabrita and her team at MED research center at the University of Evora, we have used NMR as a diagnostic technique to distinguish between different varieties of olive oil.